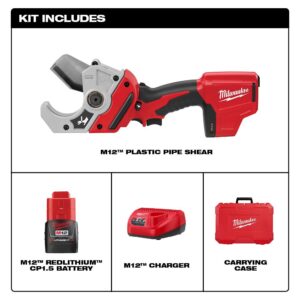 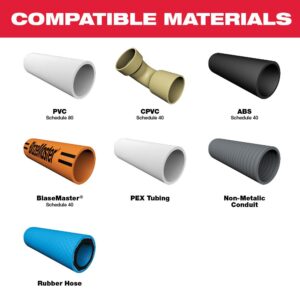 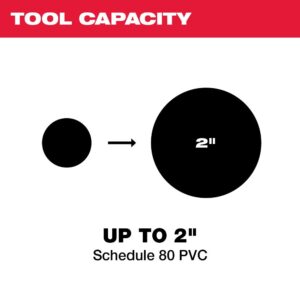 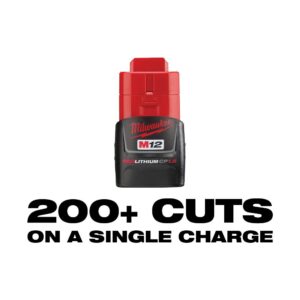 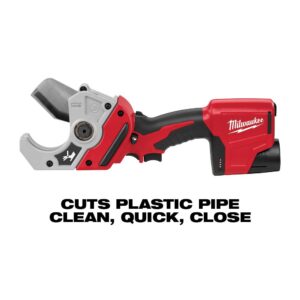 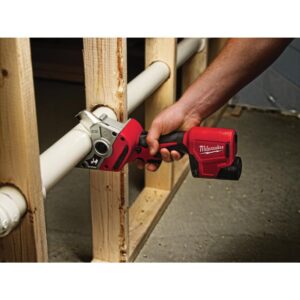 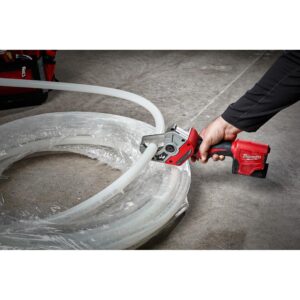 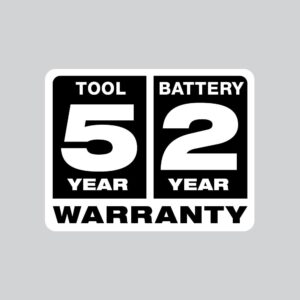 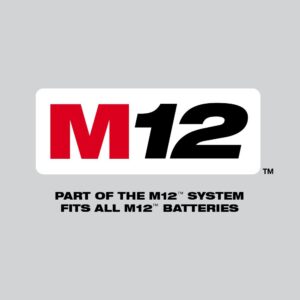 Experience faster and cleaner cutting works with the selection of this Milwaukee Lithium-Ion Cordless PVC Shear Kit with One Battery, Charger and Hard Case.

The MILWAUKEE M12 Plastic Pipe Shear Kit cuts cleaner, faster, closer, and longer than traditional plastic pipe shears with over 200 cuts on one battery charge. The M12 Plastic Pipe Shear can cut through 2” schedule 80 PVC in three seconds or less. Its razor-sharp pierce-point leaves pipe and tubing clean, burr-free, and ready for installation, minimizing the time users spend on the job. Instantly open the jaw to increase productivity in repetitive cuts by using the tool’s quick blade release. Users can expect more work from this cordless shear with a 3mm stainless steel blade and aluminum jaw that resists impact, water, and rust. Powered by M12 REDLITHIUM Battery, users get more power and longer run-time for maximum cuts per charge. The on-board battery fuel gauge helps monitor the charge status, so there’s less downtime on the job. In addition to the M12 Plastic Pipe Shear, this kit includes an M12 Battery Charger and an M12 REDLITHIUM CP1.5 Battery Pack.

There are no reviews yet.

Only logged in customers who have purchased this product may leave a review. 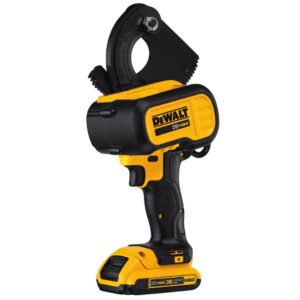 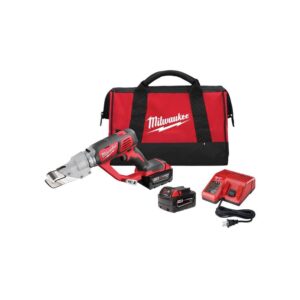 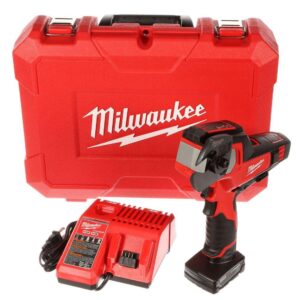 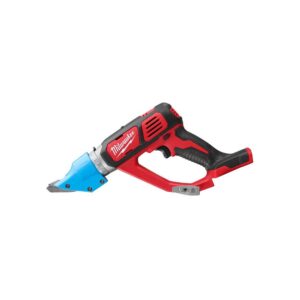